During the Digital Communication Awards 2015 held in Berlin recently, Jyske Bank picked up three awards including Best Intranet, beating other organisations such as Deutche Telekom, Microsoft and Philips! 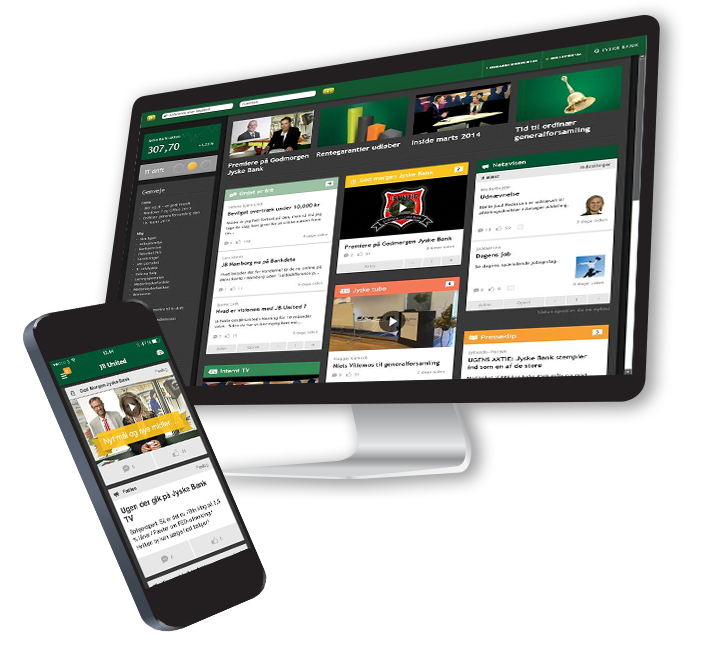 Jyske Bank won the Best Intranet Award for their corporate intranet built on SharePoint intranet-in-a-box solution, Wizdom. Jyske Banks JB United intranet was created to deliver online communications, including news, social and video content. Internal dialogue was boosted by allowing employees to like and comment on all content in the form of text or video. The intranet was also built to be fully responsive giving employees facility to access the content on their tablets and mobiles. All these functionalities and benefits come ‘out-of-the-box’ with Wizdom.

Per Esmann Jensen, the Manager for Online Communications said about the new intranet: With JB United the dialogue on our intranet has increased more than 8-10 times over. This means that the organization is more attached to the intranet than ever. We have moved some of the critical dialogue from the coffee machine to a forum where all the employees can join in and where the management have the possibility to share their opinions. We have often seen that a debate started by an employee turned into a broadcast with participation from management.