Ignite 2017, Microsofts annual conference where anything and everything new coming out of Redmon is discussed, is well underway and as expected, the end of 2017 and the beginning of 2018 is going to see a lot of improvements within Office 365, and in particular SharePoint and OneDrive.

Jeff Teper announced Tuesday that there is going to be a new SharePoint 2019 (part of a whole Office 2019 package) server release that is expected to be in preview from the middle of 2018, however as yet there is no other information around that. He also went on to discuss a range of other services and features that we will start to see on First Release (or rather, Targeted Release as Microsoft now plans to call it) over the coming 6 months.

Here is what we know so farâ€¦

Hub Sites are going to be the latest addition to the recently created Modern Sites that Microsoft have been rolling out. The Hub sites interface will allow users to bring together related sites to roll up news and activity, to simplify search, and to create cohesion with shared navigation and look-and-feel. 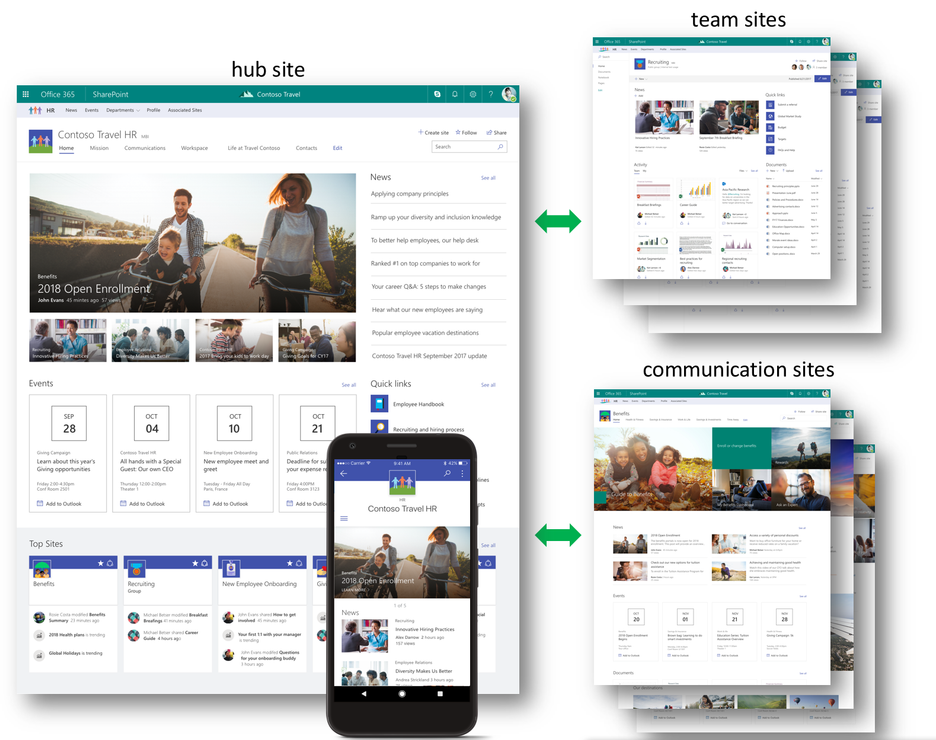 It seems that Hub Sites arent going to replace Publishing Sites, particularly if organisations are using customised WebParts and extensions. However, Microsoft does see them as being primarily used for knowledge sharing in contrast to a Communication Site which will be used to tell your story, share your work and showcase your product across the organization. 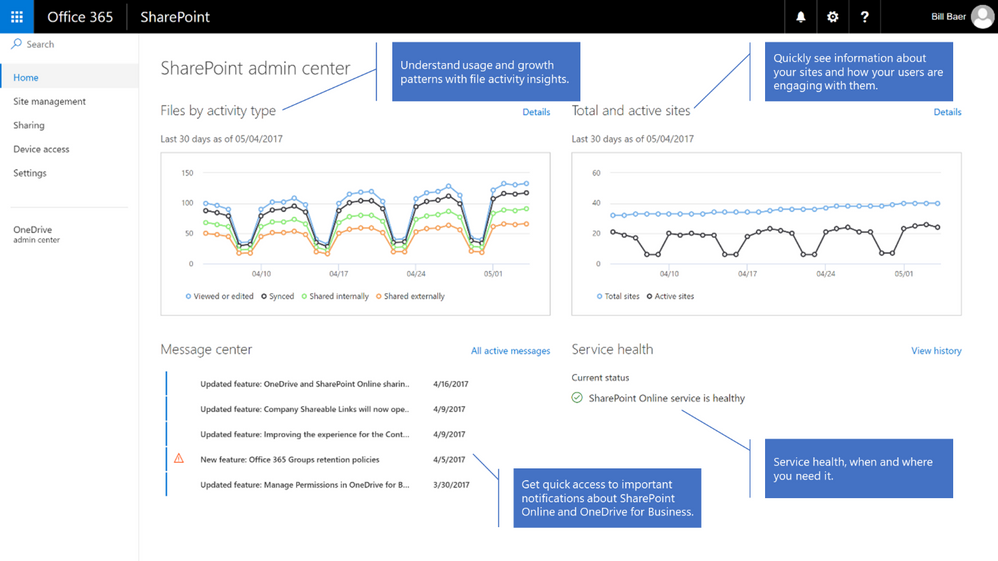 It will also improve upon Site Management and Device Access something that has had a complete overhaul in recent months to include features such as conditional access policies across user, location, and device pivots to help you secure access to your information.

Microsoft has announced that a whole range of new and improved WebParts are going to be released before the end of the year within Communication sites. These include things for Planner, Microsoft Forms, Group Calendar, File Viewer, Spacer and Divider, Twitter, and Connectors (to add third-party services). Microsoft also plans to improve the Yammer WebPart for Communications Sites so that it displays well within mobile apps, among other WebPart improvements.

Microsoft Teams also has some improvements in the pipeline. Soon, users will be able to display dynamic, data-driven pages and news articles, not just documents stored in SharePoint libraries within a tab in your Team. 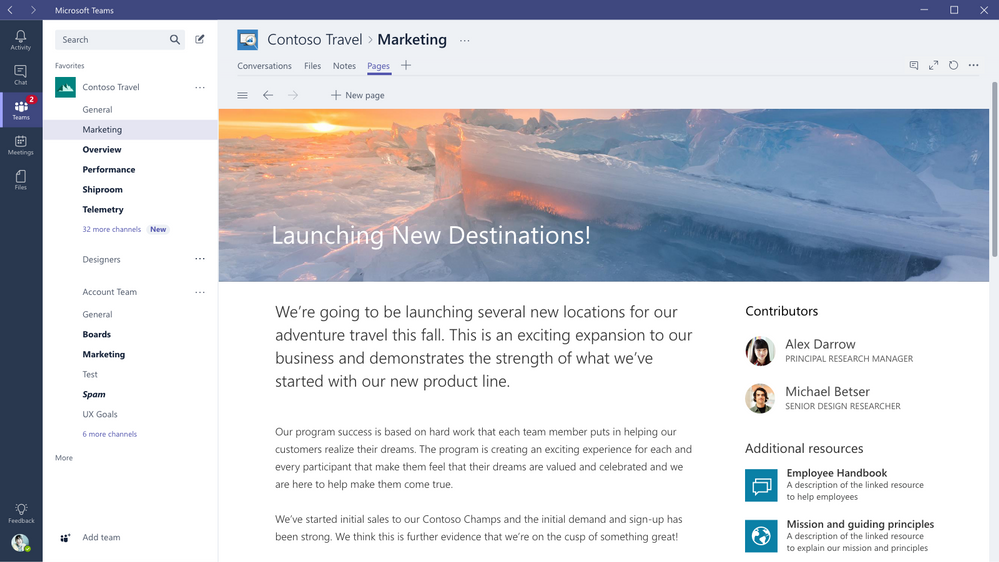 It has also been announced that, in the not too distant future, Skype for Business will be replaced by Microsoft Teams.

Teams, which is still less than a year old, already contains features like instant messaging and file sharing with Skype, but will now integrate other capabilities like connectivity to phone networks, bringing features like voicemail, conference calls and call transfers. This will be based on the Skype infrastructure, which already powers audio and video communications in the application.

Microsoft have not provided a timeline for this transition, and judging by analysts commentary this isnt expected to be any time before mid-2019.

Security and Compliance has seen a lot of improvement over the past year and Microsoft are planning to continue this work by adding Multi-Geo Capabilities in Office 365 essentially allowing organisations to choose which regions are used for storing, as well as search indexing of their data.

In addition to this, Microsoft have also announced that device access policies for content stored and consumed within SharePoint and OneDrive can be specified at site collection level, allowing organisations to limit access from these devices on a site by site basis, based on the classification of the content.